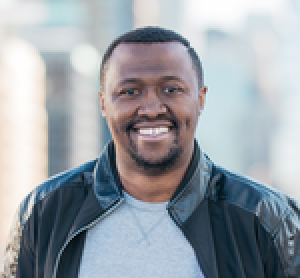 Ayanda Khumalo is a recording musical worship leader with a unique Afrocentric vibe who can shift from hymns to contemporary songs while also being multicultural in everything he does. Born in Bulawayo, Zimbabwe and now based in Chicago, USA; Ayanda serves as a volunteer Worship leader at the Harvest Bible Chapel Cathedral Campus and assistant Worship leader at The Moody Church in Chicago. He also leads musical worship at Moody Bible Institute and Moody Theological Seminary chapels. He served as Music Pastor and Worship Deacon at Bulawayo Baptist Church in Bulawayo, Zimbabwe for 7 years between 2007-2013.

He travels across the USA and the globe leading musical worship at retreats, conference, church; in cities like Chicago, Houston, Jerusalem, Miami, Pretoria, Bulawayo, Francistown to name a few. Ayanda’s music features on radio (Moody Radio 90.1FM, PowerFM, FEBA Radio, etc) across different countries like Zimbabwe, Zambia, Botswana, UK and the USA bringing an eclectic sound of Africa and CCM together, as well as featuring on tv on TBN, TBNAfrica, ZBCTV and OmniTV.