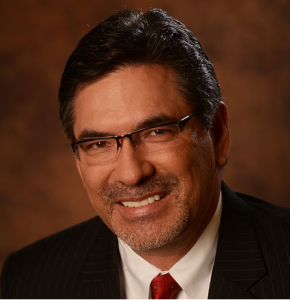 Dr. Albert L. Reyes is President and CEO of Buckner International, a non-profit international ministry that transforms the lives of orphans, vulnerable children, families and elders.

Reyes also has served as pastor of three churches and was involved in numerous roles within the Baptist General Convention of Texas, serving as its President in 2005. He serves as Vice President of the North American Baptist Fellowship.

Reyes received a bachelor of business administration degree from Angelo State University, and master of divinity and doctor of ministry degrees from Southwestern Baptist Theological Seminary. He also earned a doctor of philosophy degree from Andrews University and completed post-doctoral study at the Oxford Centre for Mission Studies, Oxford, England.

He is the author of The Jesus Agenda: Becoming an Agent of Redemption (Believers Press, 2015) and Hope Now: Peace, Healing, and Justice when the Kingdom comes near (Iron Stream Books, 2019).

Reyes and his wife Belinda have three adult sons and are members of Park Cities Baptist Church in Dallas.