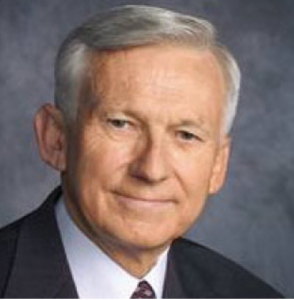 Dr. Jerry White is president emeritus and chairman emeritus of the U.S. Board of Directors of The Navigators, an international Christian organization with more than 4,000 staff ministering in 105 countries, working with college students, military personnel, business and professional people, and churches.

White has had a 37-year active and reserve duty career with the Air Force. Throughout his military career he maintained close contact with The Navigators, beginning the organization’s ministries at the Air Force Academy and Purdue University. After several regional director roles, he accepted the position of executive director in June 1983. Dr. White became international president on June 18, 1986, and stepped out of the office on January 1, 2005.