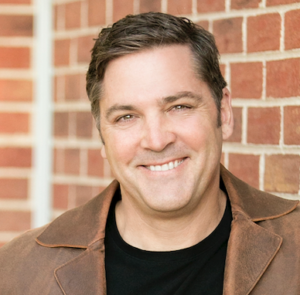 Ken Harrison is the volunteer chairman & CEO of Promise Keepers, where he works to inspire men to be bold, faithful, and godly fathers and husbands. He is also the CEO of WaterStone, which helps Christian donors give away $2 million weekly for God’s Kingdom.

An author and speaker, Harrison has appeared on numerous media outlets including “Dr. James Dobson’s Family Talk,” The 700 Club, Fox News, The Blaze TV, OANN, and The Huckabee Show. With a long record of dedicated service to ministry, Harrison has preached in high-risk areas of countries such as Mexico, South Africa, Haiti, and the Philippines.

During that time, he’s been a Colson Fellow and served on numerous local and national boards, including FCA, Colorado Uplift, Urban Youth Ministries, Corban University and WaterStone.

Harrison has been married to his high school sweetheart, Elliette, for over three decades. They currently reside in Colorado, and they have three adult children all serving the Lord.

He is author of Rise of the Servant Kings: What the Bible Says About Being a Man and now A Daring Faith in a Cowardly World. Both books were born out of the hard-won lessons he’s learned as a husband, father, police officer, and successful international businessman. He hopes his experience can encourage others as they seek to live boldly for Christ and family.