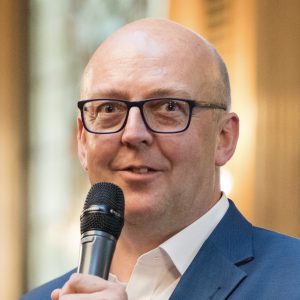 Matt Bird is an international speaker, author and broadcaster. He has spoken in 30 countries to more than 1 million people and has authored 11 books.

Matt is CEO/President of Cinnamon International whose vision is to see communities, cities and nations transformed by the life and love of Jesus. Cinnamon is well known for helping churches strengthen community networks, replicate best practice and measure impact. The Times newspaper published a story about Cinnamon with the headline, ‘Loving thy neighbour is priceless – it is also worth £3billion’.

He is also CEO/President of Relationology International that helps companies achieve business growth through the power of building effective relationships. The media magazine Campaign said, ‘When Malcolm Gladwell sat at his typewriter and wrote the chapter on connectors in The Tipping Point, he must have just finished a slap-up lunch with Matt Bird.’

Matt lives in Wimbledon, London with his wife Esther and their three children.