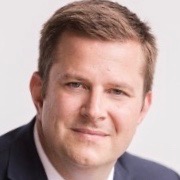 Dr. Nathan Mellor is the CEO of C3 Brands and President of Strata Leadership. A captivating storyteller, he is recognized for his ability to connect at the heart level with a wide range of audiences. A trusted advisor to executives and influencers, he has an uncanny ability to inspire, clarify and motivate individuals and groups.

An avid hiker, Nathan considers his role to be a guide who walks alongside executives in pursuit of greater vistas. He believes providing the highest quality feedback requires caring deeply about others. Consequently, he considers many of his clients to be among his closest friends. Because of his respect and appreciation for them, he strives to push them towards their goals by serving as a sounding board, sparring partner and encourager.